I’ve just imported my original poll concerning how folks spell this word. I would greatly appreciate it if you would answer the poll so we can get an updated count! Even if you don’t comment below, please take a few seconds to answer.

How do you spell this word??

By the way, the comments that have been left over the last year are wonderful. If you have the time, I highly suggest reading them!

Okay, surely enough time has gone by that I can write this post without any feelings of guilt, shame or mortification.

Several weeks ago, I was writing to someone when I typed the word dilemna Yes, that’s exactly how I spelled it and–yes–the little red line provided by spell check appeared below the typed word. I looked at the red line in amazement. Why did it not like the way I spelled dilemna? Wasn’t that the way I always spelled it? Didn’t I even have a silly joke/pun/play on words I always used when someone said that word? Wasn’t I a great speller?

Yes, I’m a great speller–a stickler if you will. For a time, I made a conscious effort to never even speak a word if I couldn’t be sure of its spelling. You never know when someone may say: “That word you just used, gorgeous, can you spell that for me?” It’s really better to be safe than sorry, I feel. Yes, I do have a dumb joke using the word dilemna and, yes, that is how I’ve always spelled it. My point is, I’ve always spelled it incorrectly and my little joke was less funny than even I thought it was. It was meaningless because it hinged on spelling the word incorrectly. Oh, the shame!

So, I decided to do a little research on how I came to spell dilemma with an “n.” After visiting a few forums and conducting my own non-scientific poll I discovered that other people do spell dilemma with an “n” but it appears to be an anomaly and no one is sure where the alternate spelling originated. As for my poll, the only person who spelled it with an “n” was someone who attended grade school with me. Yikes! Sounds like we may have pinpointed that spelling glitch right there!

So, mystery solved. Or not. To those of you who were gracious enough to answer my little poll and wait so long for the great reveal, I deeply thank you. May all your days be happy and all your spelling be precise.

ETA: whoa-ho-ho…just checked the poll results–five people voted for dileMNa.  Not so alone after all!

370 thoughts on “Dilemna vs. Dilemma” 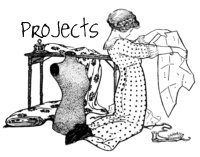